by the AMVA4NewPhysics press office

This is the second installment of a series of posts that will publish the results of artistic work by high-school students of three schools in Venice, who participate in a contest and exposition connected to the initiative “Art and Science across Italy“, an initiative of the network CREATIONS, funded by the Horizon 2020 programme of the EU.

The AMVA4NewPhysics network is sponsoring and directing the artistic production in Venice, which has taken place at Liceo Stefanini, Liceo Foscarini, and Liceo Benedetti, involving over seventy 3rd and 4th year students. The production has ended this month, and following a pre-selection of the 12 best works, an exposition will take place during the week of July 5th-12th at the Palazzo del Casinò of the Lido of Venice, in conjunction with the international EPS conference in high-energy physics.

Finally, at 9PM on July 8th, at the Sala Perla of the Casino of Venice, the best artworks will be given prizes in the presence of the Director General of CERN, dr. Fabiola Gianotti. The prizes are offered by the AMVA4NewPhysics network.

The artwork presented here, produced by Angela Molena and Filippo Forcella, both students from class IV TB of the Liceo Stefanini, is titled “Simmetrie” (Symmetries). This is a three-dimensional assembly, produced with recycled and poor materials. In the words of the authors,

“We could analyze particles produced in a collision at the LHC, and present them with threads of different colours and different composition, representing their characteristics. The assembly was rather complex, it was tricky to keep it equilibrium the central structure. We only used strictly recycled material.”

I appreciated a lot the effort the students put in creating a truly three-dimensional view of a particle collision. The sides of the structure are also decorated with a two-dimensional projection of the event display and with a sketch of the detector seen from a side, with led lights giving it a touch of technology. 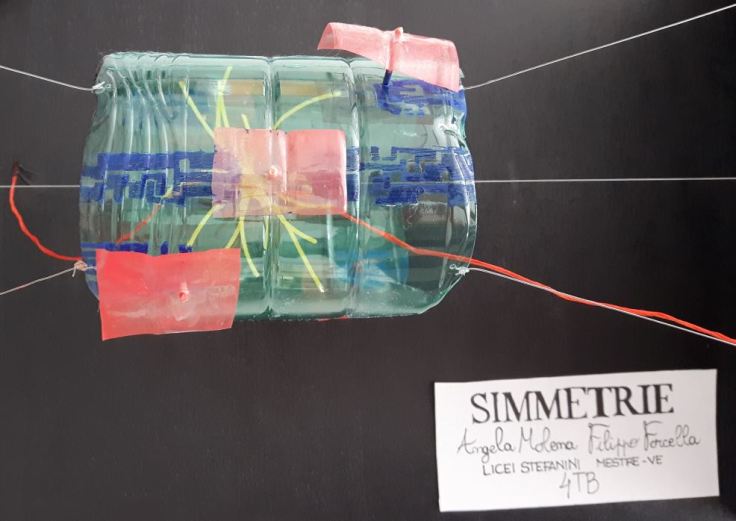 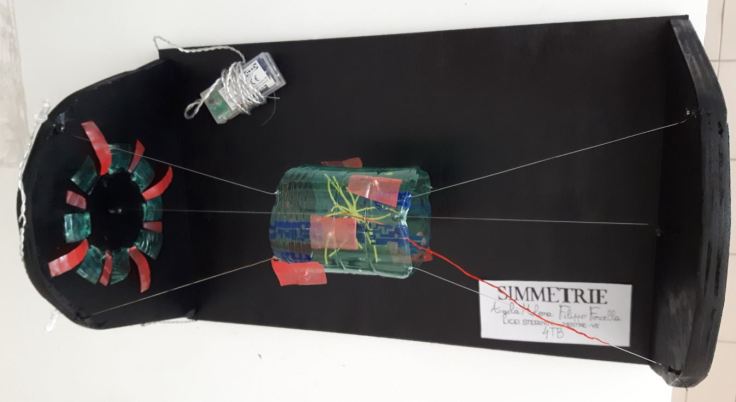 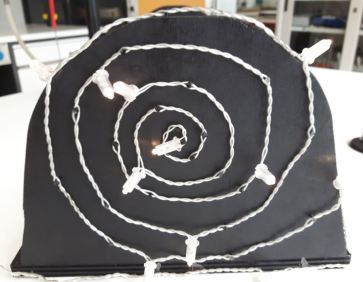 And finally, here are the authors with their work:

This is the editor profile of the amva4newphysics.wordpress.com blog. It is used for guest posts or posts from network members who don't have their own profile.