A week with Nobel Laureates 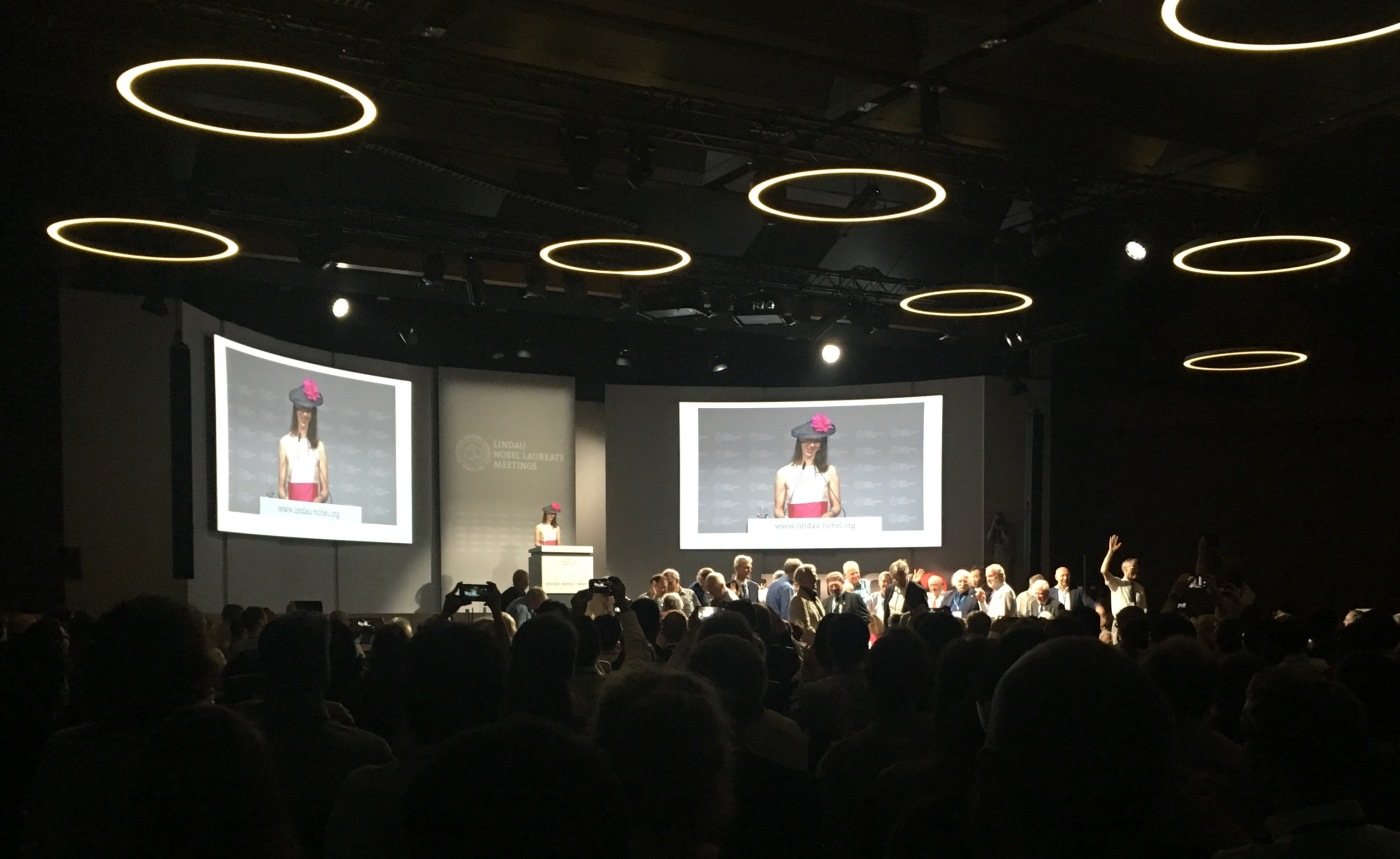 I’m on the plane for Boston, where on Monday I will start my MathWorks internship, i.e. the secondment planned within my AMVA4NewPhysics position. It’s 10PM in the Central European Time, but outside it’s still very bright. Tiredness cannot be hidden. Just this morning I left my hotel in Lindau, where I attended the 2019 Lindau Nobel Laureate Meeting on Physics (Sunday June 30th – Friday July 5th). END_OF_DOCUMENT_TOKEN_TO_BE_REPLACED

I was recently honored to be accepted to participate in the 66th Lindau Nobel Laureate Meeting which took place in the week of 26/6 – 1/7/2016 in Lindau, Germany. Introducing a bit this year’s meeting: 400 young scientists from 80 countries were provided the opportunity for an in-depth exchange with 29 Nobel Prize and one Turing Award Laureates. This year’s Meeting was mostly dedicated to Physics (most Nobel Laureates had been awarded the Nobel Prize in Physics, fewer in Chemistry).

Well, I frankly don’t know where to begin when it comes to describing this spectacular event. Still there is a mixture of three words which could maybe represent it END_OF_DOCUMENT_TOKEN_TO_BE_REPLACED